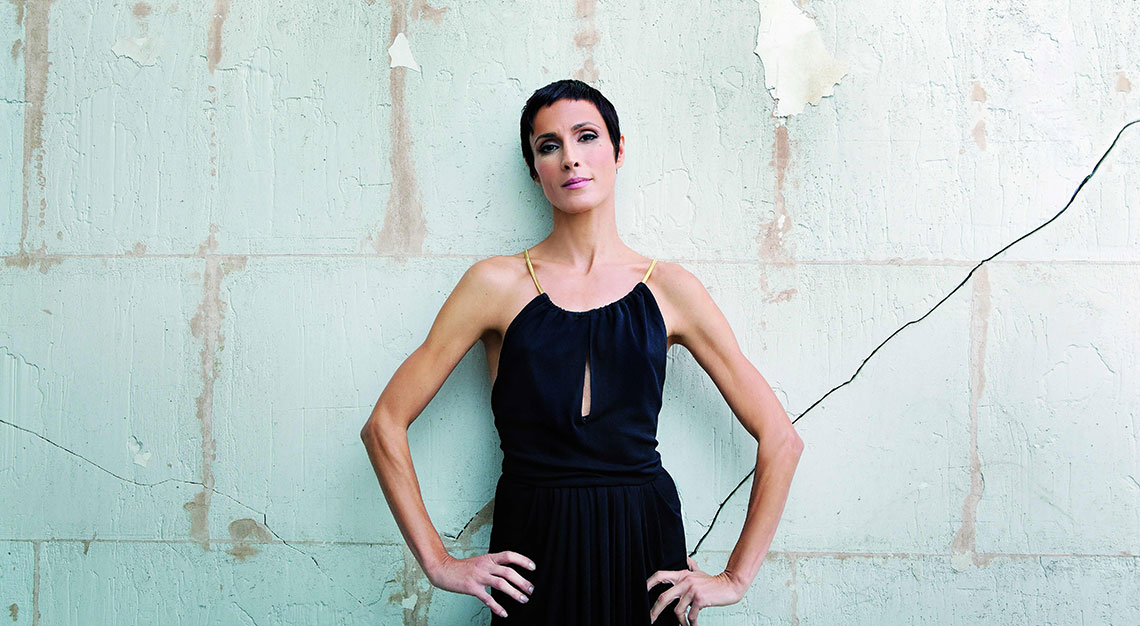 One of the most influential dancers and choreographers of the 20th century, José Limón said that „dancers are lucky to have the most eloquent and miraculous of all instruments: the human body”. Both in ballet and in artistic dance generally, the artist who has freely and self-consciously opted for a certain physical condition is truly a great one. In order for such conscience to be able to develop, dance, whichever type it might be, requires enormous work. The reason why Ashen Ataljanc looks so powerful is that she has discovered her own corporeality and individuality that didn’t fit into any format and that went against the required score instrumentation. She understood, perfected and thoroughly explored her body, and, most importantly, made it a vessel that would carry a single, clear, unique idea. The Serbian Prima Ballerina, Ašhen Ataljanc is one of those artists who have left a deep impact both on the Serbian ballet stage, as well as on the ballet stages of the former Yugoslavia and the world. She was born in Belgrade in 1971. She has two sisters Danusja and Lora Sevan Ataljanc, and a brother Gabrijel Ataljanc. She often says that she has parents of the same nationality. Her mother Gordana, who is a teacher, is a Serb, and her father Gabrijel, a doctor, a poet and an athlete, is an astonishing combination of the Ukrainian, German and Hungarian gene pool. Apart from the Serbian language, her family regularly spoke Hungarian and German languages too. Ashen attended a gymnasium and the Luj Davičo ballet school where the teachers immediately spotted her exceptional talent. Tall, leggy, flexible, expressive, dedicated, persistent and diligent with high jumps, long and lean muscles and flawless figure, even Michelangelo would have been inspired by her. Even as a child, Ašhen Ataljanc was considered a God’s gift, a perfection. Once you graduated ballet school at the age of 16 you were immediately accepted into the ballet troupe of the National Theatre in Belgrade.

That’s how it all started. Only a year later, I became the youngest soloist in the troupe in the history of the National Theatre. Soon after, I was given lead roles from the classical ballet repertoire, and my career started to take off. More leading roles came after, as well as those that were especially created for me. The city was abuzz with the stories about new classical ballet star, Ašhen Ataljanc.

It all started with my role as the Queen of Dryads in the Don Quixote ballet, and the role of Nikiya in La Bayadère. When I turned 20, my dream of dancing as Odette and Odile in Swan’s Lake came true. I became the youngest ballerina to perform in the roles of both White and Black Swan, and my interpretation brought me an award that coincided with the 120th anniversary of the National Theather, as well as the title of prima ballerina in 1991. After that I danced in Giselle, Sleeping Beauty, Winter Dreams, The Resurrection, The Lady of the Camellias, Samson and Delilah, Isadora Duncan, Carmen Suite, Vain Precautions and others. You conquered Belgrade as a very young ballet dancer, and every ballet you danced in was a sort of a gift to the Belgrade audiences and your fans.

I was not aware of my own popularity because everything happened so quickly. I was admired by everybody – my peers, critics, ballet lovers and fans of all generations who showered me with flowers, beautiful messages and gifts. My unusual gift as a dancer was noticed by ballet experts in the former Yugoslavia and the world. I and my then stage partner, Konstantin Kostyukov won the first prize at the world ballet competition in Osaka. Soon after that, I became the guest ballerina in the Israeli Ballet from Tel Aviv, and in Uzbekistan, at the festival in Tashkent. The celebrated ballet dancer, Alicia Alonso invited me herself to perform at the Ballet Festival in Havana. Did you enjoy the glowing reviews you were getting?

Of course I did. I had worked hard and tried to dance to perfection in every role. It is nice when somebody notices and commends such work. It was magnificent to hear „Bravo, Ashen!“ and thunderous applause, cheers and chants from the audience. I have received numerous, well-deserved professional and social awards and recognitions, and I have had critical reviews that one can only hope to have. At the age of 21, I became the youngest prima ballerina in the National Theatre.

You always spoke so passionately about the life path your have chosen – the one of dance. In the mid-1990s, you felt the anxiety stemming from the chaotic atmosphere that ruled the National Theatre back then which was just a reflection of the overall situation in the country. All you wanted to do is to dance which you were not allowed to do at your principal ballet troupe at that time.

In search for new artistic challenges and the need to work with the global world teachers and coreographers, I stationed myself in Munich, at the Bavarian State Opera. I left because I couldn’t wait any longer. After the stint in Munich, I returned to Belgrade. Although, the Belgrade audience was thrilled to see me back on the stage, I felt prisoner in this vicious cycle that has enveloped the chronically ill Belgrade Ballet. It became all clear too me that nothing was as it used to be. My decision to leave became irrevocable very soon after that. I went to the Berlin State Opera where I performed as a soloist in the then repertoire; in ballets that were coreographed by Rudolf Noureev, Patrice Bart, Peter Martins, Pierre Lacotte and Michel Fokine. After two years, my colleague Roland Savković and I came back to Belgrade where I danced in the role of Kitri in Don Quixote, the role which I wowed Belgrade audiences with in the beginning of my career. We received a star reception from the audience back then with a thunderous applause and standing ovation. In 1999, accompanied by the air raid sirens, omnipresent fear, power outages and bombs, I danced Dalilah, ostensibly peaceful, with then principle dancer Denis Kasatkin who was Samson in the National Theatre. My audiences will forever remember that.

There was a complete U-turn in your career after you watched a video cassette of „Babylon“, a ballet directed by Tomaž Pandur, which had a profound influence on you. You realized than that that was someting you really wanted to do. Your life path and natural curiosity took you to the renowned ballet company Aterballetto, in the town of Reggio Emilia, near Bologna.

My first encounter with this company happened when I was only 14. Back then, I couldn’t even imagine that I would become its member one day, and that I would be directed by Mauro Bigonzetti, who went on to direct my many performances in neo-classical and contemporary ballet. During the six years of being with Aterballetto, I worked with the best ballet dancers and choreographers, and had an average of 110 peformances annually. The troupe often prepared new, upcoming performances during long tours.

You were quoted as saying that the years you spent with Aterballetto were some of the best in your career.

I enjoyed my personal and professional transformation that happened back then which helped me to develop a new approach to dance, life… I loved my encounters with marvelous landscapes, travels, working with Mauro, and living in a country where the sun always shines. I met some unusual people and the biggest ballet stars, I performed on the most important stages in the world, and most importantly, I came to realize that dancers are missionaries, willing and ready to promote culture and art through the universal language of music and dance all across our planet.

Is it true that all of the people that had admired you as a classical ballerina actually came to realize that, at that time, you definitely left the world of classical ballet?

The new surroundings completely rejuvinated me. I did not forget classical ballet which, whether I wanted or not, continued to live in my very being. I just surrended myself to a new, contemporary dance expression, and was visibly happy about it. I truly enjoyed in my dance choices. Dancing gives joy and elation to everybody who wants to be a part of it or observe it. It nourishes the soul and elevates human spirit to the level of absolute freedom. That was a milestone for me that marked my life and career.

When you came back to Belgrade, as a prima ballerina with the vast international experience and an artist of an enviable reputation, you planned on celebrating 20 years of your career at the National Theatre, which was „the birthplace“ of your artistic persona.

Well, I had no support from the then management to do that. I marked my personal jubilee, in 2007, in the Terazije Theatre with a performance in La Capinera, coreographed by Michele Merola. The same year, I became a freelance artist and continued my career as a ballet teacher. I also started collaborating with choreographer and director of the ballet academy Accademia Danza from Milan.

During that period you have also collaborated with other professional ballet companies as a guest teacher, including the Serbian National Theatre from Novi Sad, Random Dance Company from London and Les Grands Ballets Canadiens from Montreal. That was a collaboration that I plan to continue, to the satisfaction of our audiences who have not forgotten me. I have also cooperated with the BITEF Dance Company from Belgrade and performed in the unforgettable contemporary dance pieces like Leo Mujić’s ‘Sonets’, Snježana Abramović’s ‘If We All Hush Down A Little’, Edward Clug’s ’Divine Comedy’ and Mauro Bigonzetti’s ballet ’Songs’ which was performed in the National Theatre.

In October 2011, you founded the Ashen Ataljanc Dance School which brings a brand new understanding to dance art in our country. The school, based in Senjak, in the Majdan Children Culture Centre, has been open for 7 years now, and has achieved notable results and great successes.

After almost three decades of the international career, I have decided to engage in individual work preparing dancers for competitions, working with professional dancers on their roles, working with students both on the classical and contemporary repertoire, as well as individual specialisation through master classess. We have accomplished exceptional results, won numerous awards, medals and scholarships, and created an opportunity for the students of the Ashen Ataljanc Dance School to enroll into prestigious ballet schools abroad.

As always, a decision to change has always come from the core of your being including the decision to leave Aterballetto which you had considered your home.

Although I was at the peak of my career, I thought it was time to change. I wanted to start a family, become a mother and try parenthood. As always, this dream and my most important role in life came true very quickly. My family is my sanctuary, and my children are my biggest teachers. They teach me to keep dreaming, to give unconditionally, and to love this moment that I call my life! They teach me gratitude. They teach me hope “that gives you goosebumps”, to quote poet Miroslav Mika Antić. 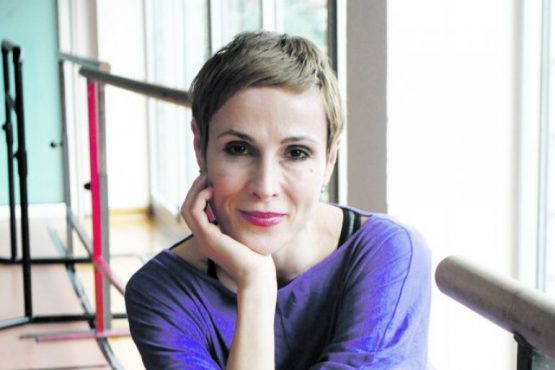 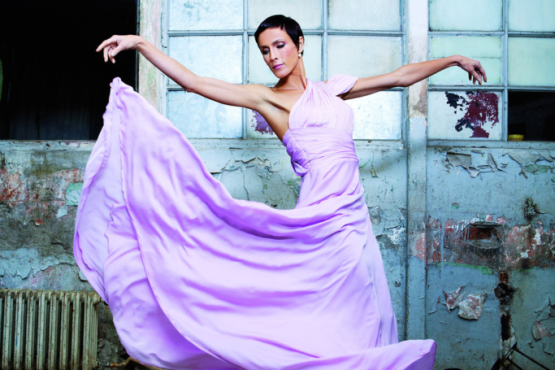 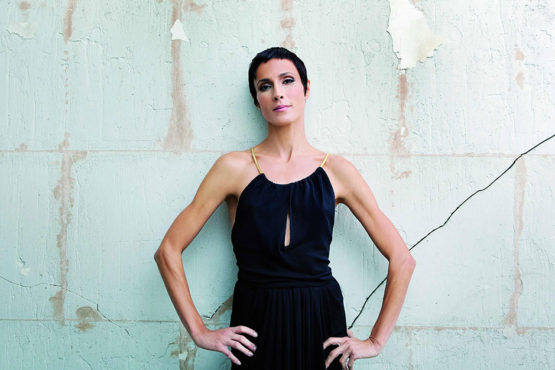 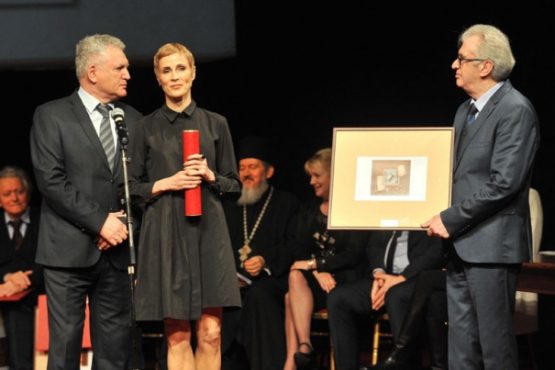